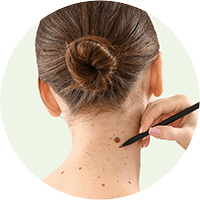 What Are Skin Moles?

Skin moles are a type of growth or development on the skin that is usually brown or black in appearance. Skin moles can appear on any region of the body, and they usually appear in the first 25 years of a person’s life.

In this blog, Madhulika Upadhyayy will give you information about the causes of moles, the many types of moles, the early indicators of moles, and the various treatments for removing them. We’ll also learn how to distinguish between moles, skin tags, and freckles.

What Causes a Mole?

Moles form on the skin when skin cells cluster together instead of spreading evenly. These cells are called melanocytes, and it is because of them that the pigment that gives skin its natural color is produced.

Moles are caused by a variety of factors, including

Overexposure to the sun is harmful to your health.
Skin tanning in a UV tanning booth
Family history of moles or genetics

Although we tend to lump all moles into one category, there are several different types of moles, and it’s crucial to know the differences in order to determine whether or not you should be concerned about these black marks.

Congenital moles are moles that are present in a person from the moment they are born. This type of mole can be found in one out of every 100 infants. These moles can vary in color depending on the skin tone, are flat in shape, and are normally non-cancerous.

Common moles, also known as acquired moles, are brown-colored moles that emerge as a result of skin injury. These moles are also spherical in shape and tend to retain the same size as you get older. The color of the moles may worsen with time, although they do not always progress to melanoma.

When compared to congenital and acquired moles, the atypical mole has an entirely distinct appearance. They feature unevenly formed borders and are often larger in size. Atypical moles are more likely to become malignant. According to a study, one out of every ten adults in the United States has at least one unusual mole.

Melanomas are often darker moles, although atypical moles can be a variety of colors.

The cost of removing a mole is highly subjective and varies greatly from one individual to the next. When it comes to moles, the number of moles that need to be removed has a significant impact on the procedure’s cost. As a result, the bigger the number of moles to be removed, the higher the expense. In addition, the cost of mole removal varies depending on the treatment used.

It’s critical to have a doctor diagnose a mole to see if it’s cancerous. If the diagnostic is negative, the mole does not need to be removed for health reasons, but it may be removed for cosmetic reasons.

The process for determining the diagnosis is straightforward. A biopsy is when a little bit of the mole is removed and examined under a microscope to check if it is malignant.

The doctor numbs the area in and around the mole before cutting off the entire mole in this technique. Following the operation, the doctor uses his method to sew or suture the wound.

In this treatment, the doctor numbs the region in and around the mole before shaving it off with a blade. You will not require stitches or sutures following this procedure.

Laser treatment is one of the most advanced and scar-free technologies available. High-intensity laser light is focused on the mole during this operation, which causes it to slowly separate from the skin.

If you are facing any issues related to moles or other skin issues, Madhulika Upadhyayy can help you. Call us at +91 8851988598 or fill in the form here to get details of the best mole removal treatment in Delhi.

Wake up with make up * * * #permanentmakeup #micr

"The vibes were immaculate"💙 . . #vintagecar #c

Are you still dealing with the boring bad shape ey 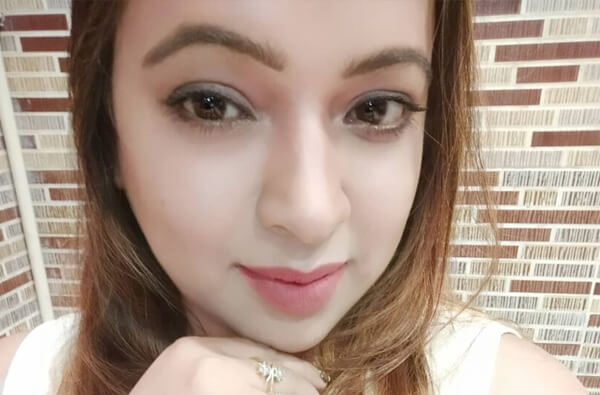 Support Madhulika Upadhyay
× How can I help you?